TO anyone else, Ardian looks like your typical teenager. He enjoys playing computer games and is learning to play the guitar.

But unlike most 17-year-olds, Ardian is stateless in the eyes of Malaysia. He does not have a MyKad. He can’t attend public school.

“My parents are Indonesians but I was born in Malaysia,” he shared. “I have a birth cert, but it’s been quite difficult to get a MyKad.”

And Ardian isn’t alone in having such difficulties either. Growing up in the notorious Chow Kit area, he was surrounded by other “at-risk” and marginalised children living in poverty just a stone’s throw away from Kuala Lumpur’s glitzy town centre.

Their heart-rending stories have become the subject of a new mini-documentary series, Children of Chow Kit, produced by the award-winning R.AGE team in support of Yayasan Chow Kit (YCK).

There are currently 165 children under YCK, an NGO that provides a safe haven and holistic opportunities for the children of Chow Kit. 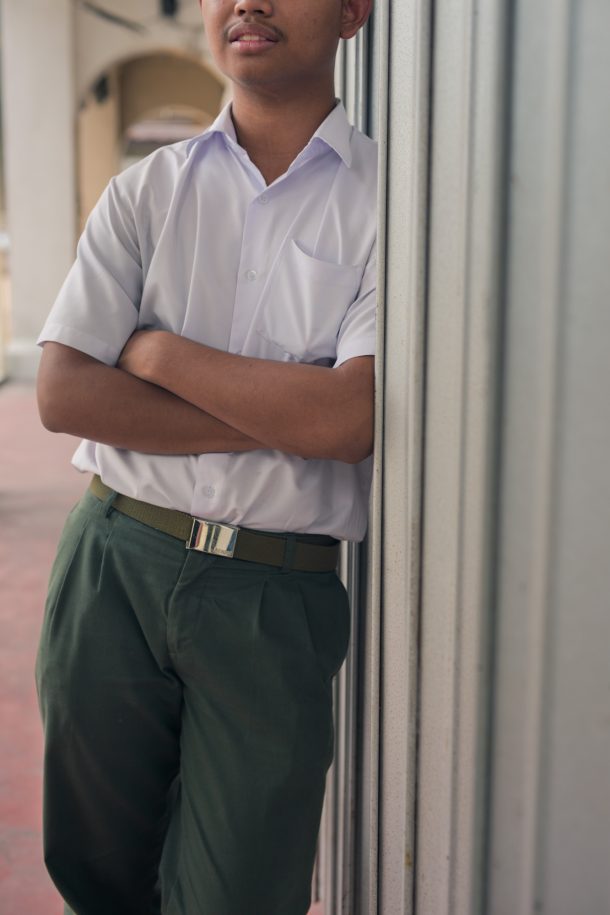 According to statistics by the United Nations High Commissioner for Refugees, there are about 40,000 stateless persons in Malaysia.

But to children like Ardian, life has to go on, and that means making the best of what they have.

He attends classes in YCK, where he learns regular school subjects as well as takes part in extracurricular activities such as music lessons, taekwondo, theatre, and photography.

Ardian and his friends are also given training in entrepreneurial skills, which they put to good use by selling food and drinks at the Chow Kit Run last Saturday.

The fundraising run was organised to raise awareness about child sexual abuse as well as to highlight the positive changes to Chow Kit, and how much the area means to the children.

To YCK founder Dr Hartini Zainudin, Chow Kit is now vastly different from what most Malaysians perceive it to be.

When she first started advocacy work in 2005, she saw many street kids who moved between Chow Kit and Bukit Bintang.

“Back then, it was a warzone. Today, it has been gentrified. There are large pockets that have been cleaned up, and it’s whiter, brighter and there’s a lot more space,” said Hartini.

“People aren’t afraid to come to Chow Kit now that they understand it is different. It isn’t all dark alleys and a grey, bleak warzone like it was 12 years ago,” she said.

She credits the change to greater awareness of child rights and protection among the public and media, which has helped break the cycle of poverty among many families in the area, and more corporates and NGOs championing the cause.

But Hartini explained that more attention should also be given to certain marginalised groups that face more stigma and discrimination.

“While cute and boisterous children usually get help, it is more difficult for groups like children with HIV or transgenders,” she said. “I wish we could share more time and finances instead of picking and choosing which children to help.”

The lack of collaboration and sharing of resources among NGOs is another challenge.

“NGOs tend to work among themselves, and the attitude of many of them is that ‘what’s mine is mine’.

“But we have to address the elephant in the room, which is the economic situation,” she added. While their main focus as an NGO is about saving and protecting children, Hartini admitted that they now have to find ways to think about marketing and branding.

“We have to do it now because we have to compete – which is a horrible word – for funds,” she said. “We shouldn’t have to, but this is the reality.”

With limited funds, YCK is sometimes forced to say no to taking children in. “We will never turn children away from food or temporary shelter. But in certain situations, if we can’t provide the services, we won’t take them in,” she said.

“It’s more dangerous to take them in when we don’t have the services than to not take them in.”

Back in the YCK centre, the children play on, blissfully unaware of all the challenges the staff face in trying to keep the organisation running.

In one room, the younger children sit at small round tables as they are guided by two volunteer teachers to design and colour Christmas cards that will be sold at the end of the year to raise funds.

Outside the room, a group of YCK staff sit in a circle to brainstorm for an upcoming theatre play that will involve the children from production to performance.

It’s a big challenge to keep the good work going every day, but the positive impact on the children makes the hard work worthwhile.

To Ardian and his friends in YCK, Chow Kit is more than just a place for them to attend school and hang out with their friends. To them, it is a symbol of hope.

“To some people, Chow Kit brings to mind drug users and sex workers, but that’s not the case anymore,” said Ardian.

“Chow Kit is a place of hope for children like me. All of us have ambitions, and this place allows us to nurture and achieve them.”

Back to the Children of Chow Kit homepage
Help us build our stories by talking with us on these platforms: