AFTER 16 days of celebrating art, music and food around Kuala Lumpur city, Urbanscapes 2016 finally came to an end last week.

Though the arts festival has come a long way since its first edition in 2002, which was attended by 2,500 people, this year’s event was still pretty ambitious.

The events, parties and concerts – which included international acts like Tame Impala, M83 and Rudimental – were spread out in multiple venues across the city over two and a half insane weeks. And as an official Urbanscapes partner, R.AGE was there all the way, taking in all the awesomeness – and recording it using our 360-degree virtual reality camera (check it out at rage.com.my).

We were joined by over 18,000 people. The Tame Impala concert alone was packed with 2,500 people, and it was sold out almost immediately after tickets went on sale.

Local indie rock legends Bittersweet and Hujan were also among the headliners, performing together in a very well received double-bill show at KL Live.

Rudimental playing a DJ set for the Urbanscape’s Hotel Takeover

“I think the extended format was interesting as you give a chance for different kinds of people to attend their favorite concerts and events,” said Selven Razz, 23. He also felt that by splitting the concerts into four separate dates, Urbanscapes was giving more local opening acts like Stellar Dreams, VMPRMYTH, and Pastel Lite a chance to shine.

Other than the live shows, there was also the introduction of the Urbanscapes House, held at the old OCBC heritage building on Jalan Hang Kasturi.

Most of the arts-related events took place here throughout the 16 days, along with an experiential marketplace, quite aptly called the “Market of Experiences”, and local food and crafts vendors.

“The Market of Experiences was a nice concept,” said Australian expat Will Arnold. “Even the title of the event put me in a good mood. Plus, I’ve never seen tarot poetry before, so that was interesting.” He was referring to a stall where you could have tarot card readings in the form of written poetry.

Local films were also given a spotlight at Urbanscapes House. There were a few short film and documentary screenings, including one for R.AGE’s very own Asian Media Award-winning documentary The Curse Of Serawan.

Representatives from the Ministry of Health were kind enough to show up for the R.AGE screening and participate in the subsequent Q&A session, where they helped answer some questions on “serawan”, which the orang asli featured in the documentary described as a deadly disease which has killed countless children.

“It felt very real,” said audience member Calvin Tan, 24, after the screening. “It was nice to see how R.AGE isn’t afraid to ruffle some feathers by portraying the authorities in a less than positive light.

“One thing I’m sure about is that everyone walked away from the screening much more informed. This isn’t something you read about every day, and seeing it played out really put things into perspective.” 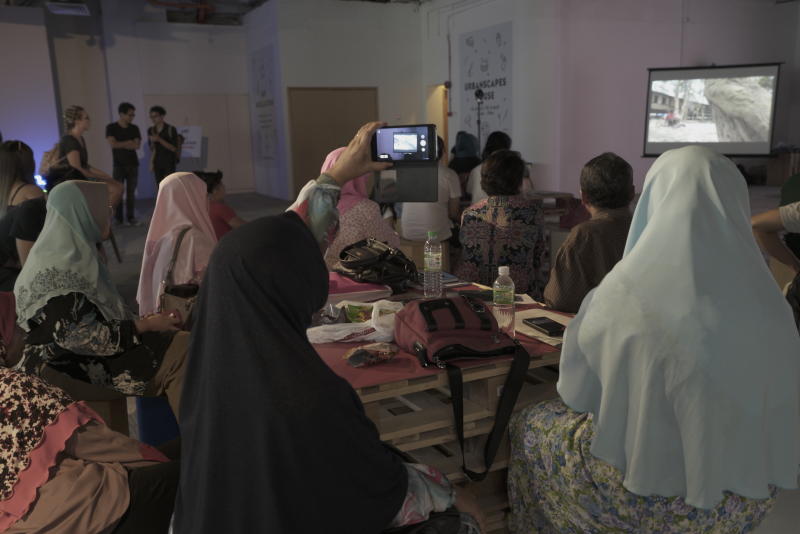 Those who attended the R.AGE screening took pictures, videos, and had a lot to say afterwards. All in all, Urbanscapes 2016 managed to deliver on its lofty ambitions, with an impressive lineup of events and venues to keep things exciting throughout the festival. Now the question is, how the heck are they gonna top it next year?