In it, she plays Marianne, a jaded TV producer researching Malaysia’s national football team in the 1980s.

On The Couch with Marianne Tan

The last time R.AGE interviewed her, she was telling us how her parents had asked her to turn down a role in a film, one which turned out to be a massive critical and box office success.

This time around, she had no such regrets. Here’s a snippet of the interview, and you can watch the full video version at rage.com.my:

You once turned down an acting role because of your parents. Has Ola Bola changed their perception?
A lot has changed. My parents are much more hopeful now. Before this, they thought this acting business is like a hogwash kinda thing.

But having worked with (Ola Bola director) Chiu Keng Guan, I can say it’s totally not like that. The crew is very hardworking and daring.

My parents were very skeptical about the industry, but after they watched Ola Bola, they were like: “Wow, we actually have something like this?”

They now know that it’s a serious industry, and my dad has been talking to me about my career, my long-term future and that sort of thing.

Your character in Ola Bola is also named Marianne. Was that a coincidence?
The character was supposed to be called Petty, but the writers didn’t know what it meant in English at the time.
So I suggested they change the name, and they said: “How about your name, Marianne? Does it have a meaning?” I said yes, kinda, it means grace. And they decided to use it. 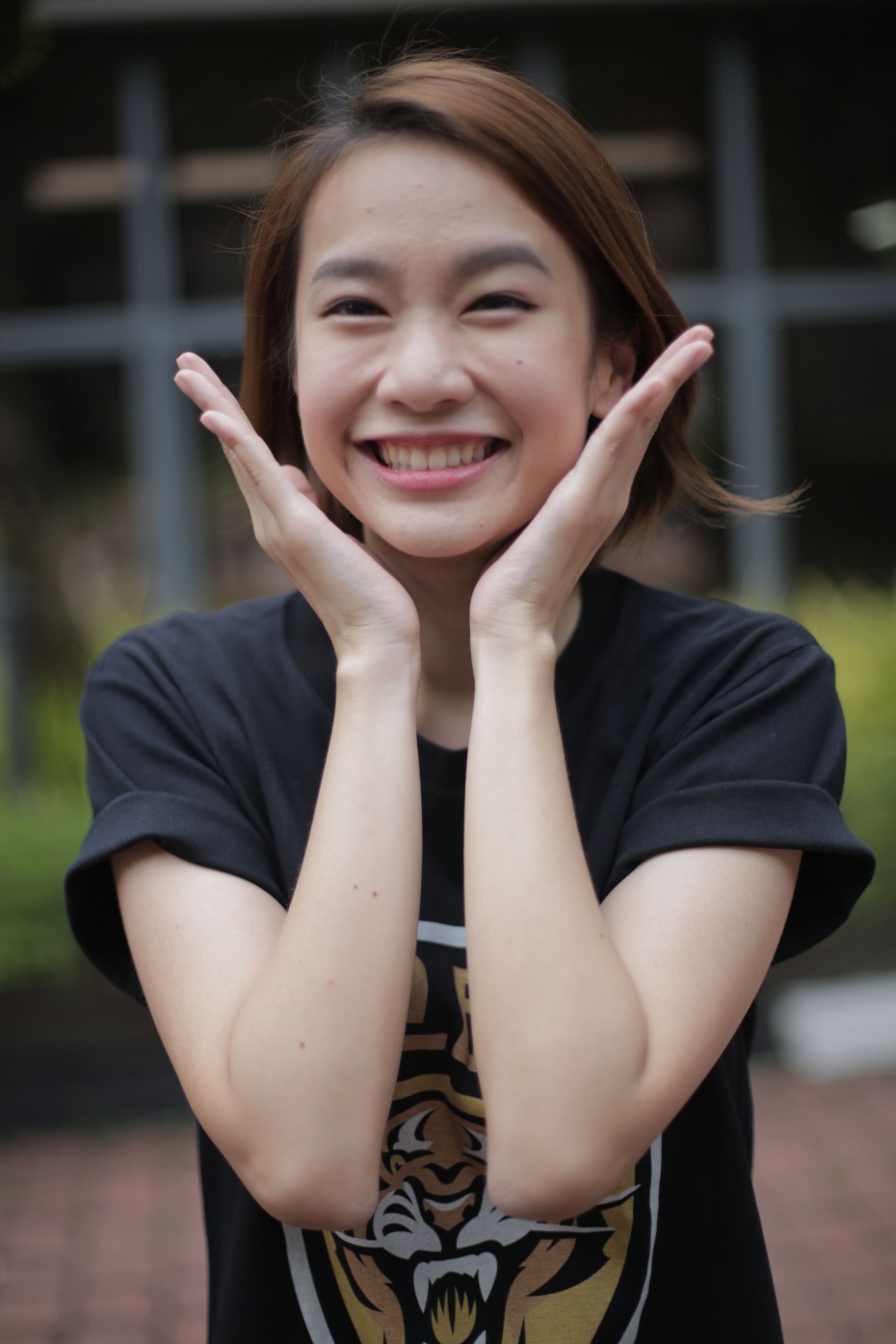 The cast of Ola Bola attended acting class for a month. What was that like?
It was intense! It was like one month of hell. We were forced to deal with our vulnerabilities every day.

I honestly felt a bit depressed, because you’d never think you would have to tackle emotions like suicidal thoughts or other very dark feelings. You have to learn how to retain and let go of these emotions again and again. It was exhausting.

I remember in one class, one of my co-stars tried so hard to cry, but he couldn’t. And then later, we got into a fetal position to let go of the emotion, and I thought I heard the sound of a car engine revving. Turns out, it was him crying, and he couldn’t stop for an hour. We had to try to calm him down.

In other classes, they made us do extreme stretches. The coach would push me down until I was crying. He said: “I don’t care if you swear, I want you to touch your toes!” My knees were shaking and they felt like they were going to break!

The coach said the reason he did this was because our generation is too comfortable. And this went on every day for a month.

Ola Bola has received rave reviews, but there has been a bit of controversy as well…
It’s so frustrating that everybody keeps trying to make it into a racial, political thing when it was just meant to inspire. It was supposed to be kept on a positive level. It’s not trying to change or rewrite history, or show one race as better than another. People are going apes*** over nothing.

What does Ola Bola mean to you?
This character became very real to me, because I sometimes feel that my art (Marianne’s also a visual artist) and my acting can’t go far in Malaysia, so I’d have to do it somewhere else.

But when I did my personal research for the role, I was amazed! Like, wow, our national football team was that good?

And how so few people now know about their story made me feel sad. So I’m glad I was able to help tell that story. That’s what Ola Bola means to me – learning to fall in love with your country again.

Watch her in the R.AGE 20 Questions challenge!