INVESTIGATIVE journalism is making a comeback in a big way, and it’s all thanks to the Internet and a new wave of young, tech-enabled journalists.

These journalists are taking advantage of the Internet’s free databases and borderless communication to spearhead new journalistic methods, like crowdsourcing, data journalism and network journalism. An illustration by Süddeutsche Zeitung for its Panama Papers expose. The German paper was one of over 100 media organisations involved in the expose, making it one of the biggest data journalism projects to date.

The Panama Papers expose earlier this year is just one example of the incredible work investigative journalists are now doing around the world.

“We are only at the beginning of data journalism, and young journalists now have to learn to work with and analyse the vast amount of data available,” said Christoph Geisen, a journalist with German paper Süddeutsche Zeitung who was also part of the global Panama Papers team.

“It’s the beginning of a golden era of journalism.”

Torben Stephan, director of Konrad-Adenauer-Stiftung, which co-organised the conference, said that millennials approach news in different ways, often via social media, and it’s important to engage with them via these channels.

“By offering exciting stories in a modern way and for modern devices, you will attract young readers or viewers,” said Stephan.

“The young generation is still open for serious issues, but maybe they prefer topics which are closer to their daily life – like the ones addressed by R.AGE,” Stephan added, referring to R.AGE’s Predator In My Phone investigations into child sex predators.

Torben Stephan of Konrad-Adenauer-Stiftung said investigative journalists play a very important role in the democratic development of a country.

“It is an investigative journalist’s duty to report such illegal, unfair or criminal activities and make it public,” said Stephan.

Over the years, young journalists across Asia have been increasingly turning to data-driven journalism to do just that.

By analysing the huge amounts of data made available now thanks to digital technology, they’ve been able to expose government corruption, money laundering rackets, cross-border human trafficking and much more. The Panama Papers project was a collaboration involving over 400 journalists in 76 countries. – Global Investigative Journalism Network

The Panama Papers, for example, was a data-driven investigative piece. The information leak unveiled emails, spreadsheets and bank records of offshore accounts which then became the basis of investigations for over 100 media organisations around the world.

Journalist Wahyu Dhyatmika, who oversaw the Indonesian branch of the investigation, found names of around 800 Indonesian public officers, big businesses and criminals with offshore accounts by sifting through the leaked data.

When Wahyu’s Panama Papers report went public, the Indonesian government used it to launch a tax amnesty policy, pardoning those who came clean and brought their money back to the country in return for a 2% tax.

Across the world, investigative reports like these are helping to bring about tangible transformations in the social and political landscapes of the countries where they were published.

“Now, (journalism) is all about poring over data and equipping yourself with the tools to analyse it,” wrote World Wide Web founder Tim Berners-Lee in the Data Journalism Handbook.

Google News Lab, in partnership with The University of Hong Kong, provides journalists a free, certified online data journalism course where they can learn to use many of those tools.

Universities like Columbia Journalism School, Cardiff University and RMIT University are also adapting their existing courses to include data journalism.

But with so much data out there to analyse, journalists can no longer work alone.

The “lone wolf” era of journalism is over, said Sheila Coronel, co-founder of the Philippine Center for Investigative Journalism.

“An increasingly interconnected world needs tech-savvy journalists who can work across borders to hold power to account,” said Coronel, adding that it has become crucial for journalists to work together in their roles as watchdogs.

For example, Burmese reporter Esther Htusan from Associated Press worked with a team from both Myanmar and the United States to run a series called Seafood From Slaves, which took more than a year to uncover. 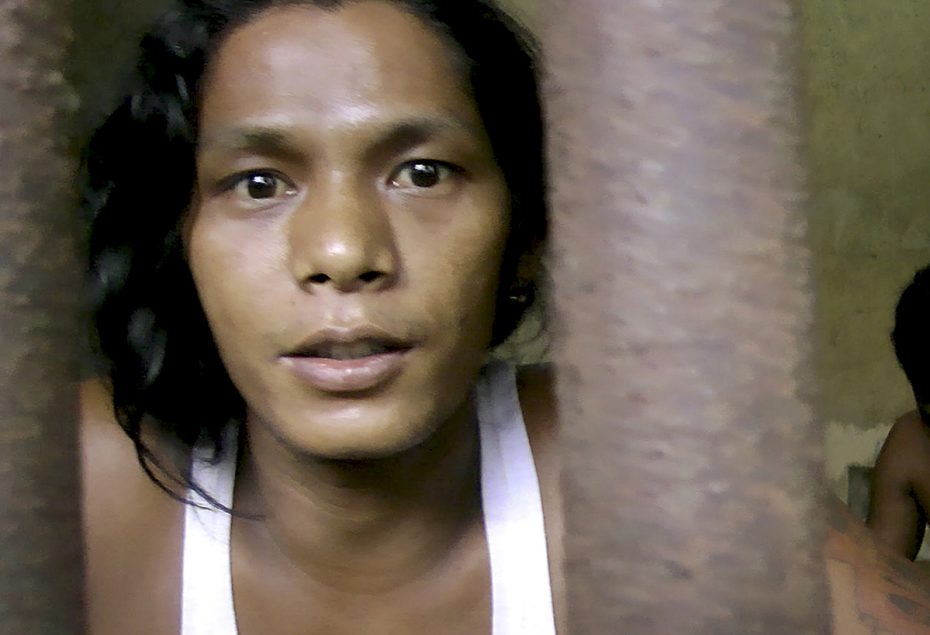 The Seafood From Slaves report used digital technology to expose the slavery of Burmese people in the South-East Asian fishing industry. (AP Photo/APTN)

By stalking fishing boats on satellite and cross-checking docking documents, the team managed to expose how the fish on American supermarket shelves were products of abusive practices in the South-East Asian fishing industry.

Over 2,000 slaves were freed and the perpetrators were convicted, winning the team the 2016 Pulitzer Prize for Public Service.

“Working cross-border or setting up an international research cooperation should technically not be a big issue anymore,” he said.

“The world is much more connected than it was 10 years ago – why shouldn’t investigative journalists be too?”

It will entail a huge change in mindset for journalists, who have always guarded their contacts and story ideas jealously, but out of necessity, many are slowly changing their ways.

Thai investigative journalist Kongpob Areerat, for example, said he had to look abroad to get some of his stories out due to media restrictions in his country.

“When it’s too risky or when we receive leads that we cannot follow, we send the story to foreign organisations to be published, or even to the National Human Rights commission,” said Areerat, who writes for Prachatai, an independent non-profit news website in Thailand.

Giesen believes this new era of journalism can bring about even bigger impact, once everybody gets in on the fun.

“There are a lot of stories that need to be told globally nowadays, especially for investigative stuff.

“A lot of interesting things are happening in the world and it’s exciting to be able to team up with other journalists on stories that can make a difference,” said Giesen, who worked with around 400 people from 76 countries on Panama Papers.

“When a story involves other countries, working with someone who has their ear to the ground gives you access to twice the information and local knowledge,” he added.

But it’s not just about pooling resources – there’s also safety in numbers, said Mar Cabra, who heads the Data and Research Unit at the International Consortium of Investigative Journalists.

Being part of a mass movement lessens the chances of repercussions by collectively putting pressure on those being investigated, she said.

Best in the business

Umar Cheema was one of the Panama Papers’ investigative journalists who published stories reporting on Members of Parliament as well as celebrities such as Amithabh Bachchan and Ashwarya Rai who have evaded taxation by parking their money in offshore accounts.

But this is only a continuation of his work, which began in 2014.

Cheema had previously published a study on Members of Parliament who did not pay tax, which caused a political firestorm. In response to that, the Federal Bureau of Revenue made all parliamentarians’ tax records public, making Pakistan the first non-Nordic country to do so.

The operation spanned several months, highlighting issues in the government’s policing of the banking and insurance industry.

After the Reserve Bank of India conducted inquiries into the violations of their anti-money laundering guidelines, the banks were fined a total of 105mil rupees (RM6,500,000).

He went undercover and discovered an illegal business that plagiarised old dissertations that were then given university approval.

To prove the allegations, he spent a month studying dissertations in the library, noting that they were all paraphrased versions of a few original ones. All were approved by the same professors, allegedly the ones involved in the scheme.

He then blew the whistle on the professors, as well as an officer in the Dean’s Office, a campus bookshop, and a photocopying centre.

Despite the evidence against them, they didn’t face prosecution.Three years after his expose, Tribhuvan University still has yet to report implementing a plagiarism check.