AFTER almost 1.5 million online views in two months, the Predator In My Phone series finally made its big screen debut.

Thanks to the Malaysian Documentary Society (MyDocs), an extended version of the online documentary series was screened at the Content Malaysia Pitching Centre auditorium last Thursday, along with an exclusive preview of the upcoming fourth episode.

The series follows the R.AGE team’s undercover investigations into online child sexual groomers, who befriend underage girls on chat apps in order to sexually exploit them.

“We wanted to screen the series to show our support for such an important issue,” said MyDocs co-founder and executive director Lina Teoh.

“The series was successful in communicating a serious issue to a younger audience and I knew we had to share this with other filmmakers to inspire them to do more cause-related films.”

The screening, which lasted around an hour, was followed by a lively panel discussion with R.AGE senior producer Elroi Yee, R.AGE journalist Maryam Zainol (one of the journalists who went undercover) and Natasya Saufi of children’s NGO Protect and Save The Children.

There were no shortage of questions from the floor, either. The panel fielded questions on topics ranging from laws against child sexual exploitation to the kind of camera set-up used to film the series’ popular hidden camera “sting” videos.

The sting videos saw R.AGE journalists like Maryam disguising themselves as underage girls to meet up with some of the child sex predators they were chatting with on chat apps like WeChat and BeeTalk. 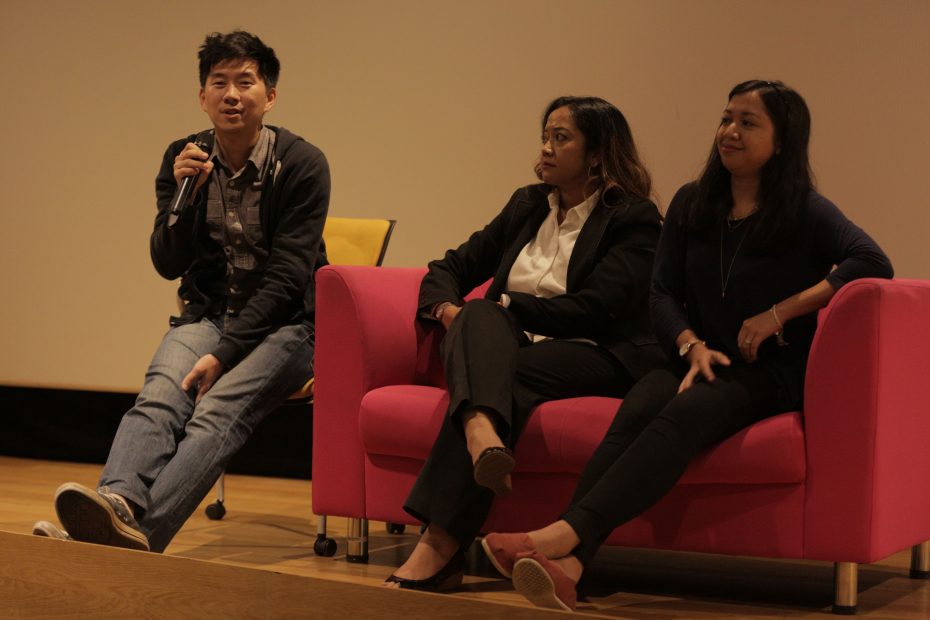 Journalism student Vaneesha Krishnasamy, 22, who came to the screening with a group of friends, said it was refreshing to see young Malaysian journalists taking on a project like Predator In My Phone.

“It’s very rare to see investigative journalism here in Malaysia, and I was very excited to see how it was executed in Predator In My Phone.

“It gives journalism students like myself hope for the industry’s future,” she said.

Vaneesha added that the upcoming fourth episode (set to be released later this month on rage.com.my/predator), which highlights the stories of victims of child sexual grooming and exploitation, will send a very important message to young people.

“I loved how the new episode highlighted victims’ stories, because it’s usually such a taboo topic. Victims shouldn’t have to feel ashamed. They should be allowed to come forward,” she said.

One huge talking point during the panel discussion was the lack of laws against child sexual grooming in Malaysia, something which R.AGE is campaigning for through the Predator series.

In the absence of such laws, online child sex predators can get away with having sexually suggestive conversations with minors, which many do in order to “prepare” them for sexual abuse. In most cases, the police will only be allowed to act if and when the predator commits a physical sexual assault.

“In other countries, these men can be brought to court just for having such conversations online,” said Natasya. “In the United States, police officers can even pose as underage girls online. Those who attempt to groom these undercover officers online can be charged as well.”

“It’s not just a documentary, there are larger ramifications than simply highlighting the issue. Hopefully the campaign will result in a change in the law,” she said.

Yee said the goal of the campaign was to collect 50,000 pledges in support of laws against grooming by October, when the Malaysian Parliament convenes. He also encouraged the public to familiarise themselves with the issue.

“Read up on child laws in Malaysia, and get in touch with your local MPs to share your concern,” he said. “The more people speak up about this, the more noise we make, the higher chance we have of passing better child protection laws.”

He added that R.AGE plans to work on a sex education series as a follow-up to Predator In My Phone. “While working on this series, we’ve found that a lot of Malaysians don’t even have basic sex education,” he said.

“We’re talking about simple things like teaching boys and girls to respect each other. That’s something we hope to address in an upcoming series.” A Q&A session was held after the extended screening, which included an exclusive preview of the series upcoming fourth episode.

Long-time R.AGE reader Eisya Sofia Azman, 30, applauded the campaign and how R.AGE has evolved over the years.

“I grew up reading R.AGE when it was a pull-out in The Star, and it’s great to see them evolving into online visuals now.”

“I hope to see more engagement campaigns like Predator In My Phone and look forward to seeing what R.AGE will do next,” she said.

To watch the latest episodes of Predator In My Phone, follow us on fb.com.my/ragepmp.