BY the time filmmaker Nadira Ilana was done screening her work to the people of Kampung Bongkud, Sabah, some of them were in tears.

After all, it wasn’t just Nadira’s work. The people of the village (about two and a half hours away from Kota Kinabalu) worked with her on and off for an entire year to document their lives for Big Stories, an Australian documentary project.

Big Stories has been telling the stories of tiny towns (their tagline is “big stories, small towns” – very nifty) across Asia Pacific since 2008, using a uniquely impactful residency model where the filmmakers live with the community and actively involve them in the filmmaking process. Nadira is the first Malaysian to be selected for the project, and she decided to explore her own Dusun heritage by filming back in Sabah.

“It’s a participatory project,” said Nadira, during an interview in Kuala Lumpur, where she has lived for the past six years. “It’s about creating films and images with the community.”

Nadira held filmmaking workshops with the locals, to empower them to tell their own stories, the way they wanted them to be told.

“It wasn’t so much about training them to be a technical crew. It was about getting them to value their stories.” 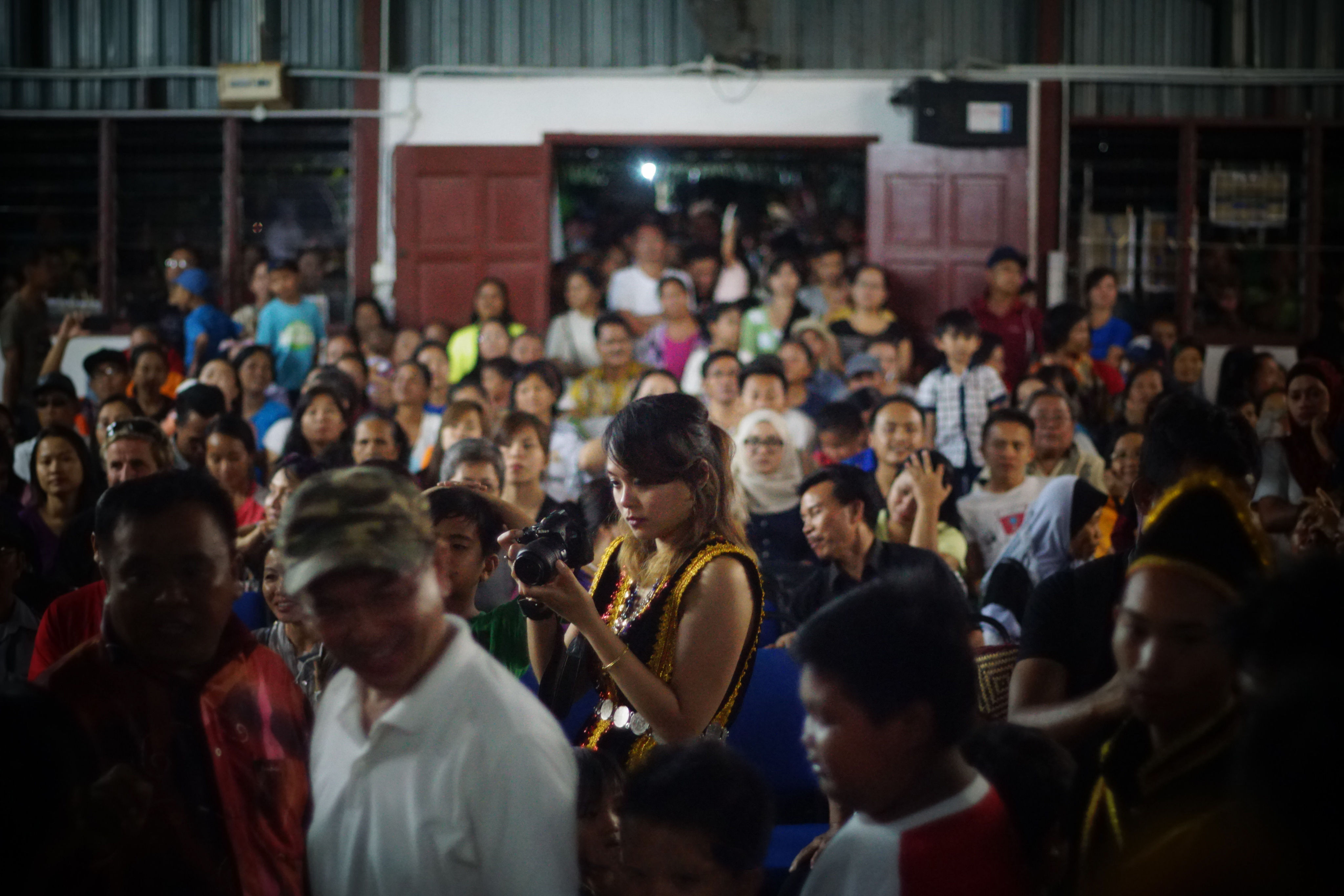 Nadira at the screening of Big Stories Bongkud-Namaus in Kampung Bongkud, Sabah. Some of the audience members were moved to tears by the films. — Photo: Srap Design

One film told the story of a group of grandmothers, who used to fish together at a nearby pond when they were young, and now bring their grandchildren there to play.

The result was Big Stories Bongkud-Namaus, a collection of slice-of-life micro-documentaries (the standard format for Big Stories projects).

One followed a group of men who continue to hunt and gather food the way their ancestors did, even though they could easily buy better food in town. They do it as a hobby, just to keep their traditions alive.

Another followed a young musician’s dream of becoming “the next Miles Davis”, and how he and his friends became the first band to play a live jazz show at a restaurant in town.

After all the films were put together, before they were released to the public, Big Stories required that Nadira screen them to the locals first – and the people of Kampung Bongkud made sure it was an event to remember.

They built huts to showcase their local culture, organised games and gave performances. But the thing everyone was most excited about was the chance to see the films for the first time.

“They responded really well!” said Nadira. “Some of them walked out crying because those were their streets, their homes. We had captured their fathers’ stories, or their grandfathers’ stories. It was very, very powerful.

“There was like this crazy electricity in the room, which you can’t really describe. There was so much love and appreciation in the air for one another, because they knew each other so much better (after watching the films), even though they had grown up together and they see each other all the time.” Big Stories requires filmmakers to actively involve locals in the film-making process, so that their stories are told the way they want them to be told. 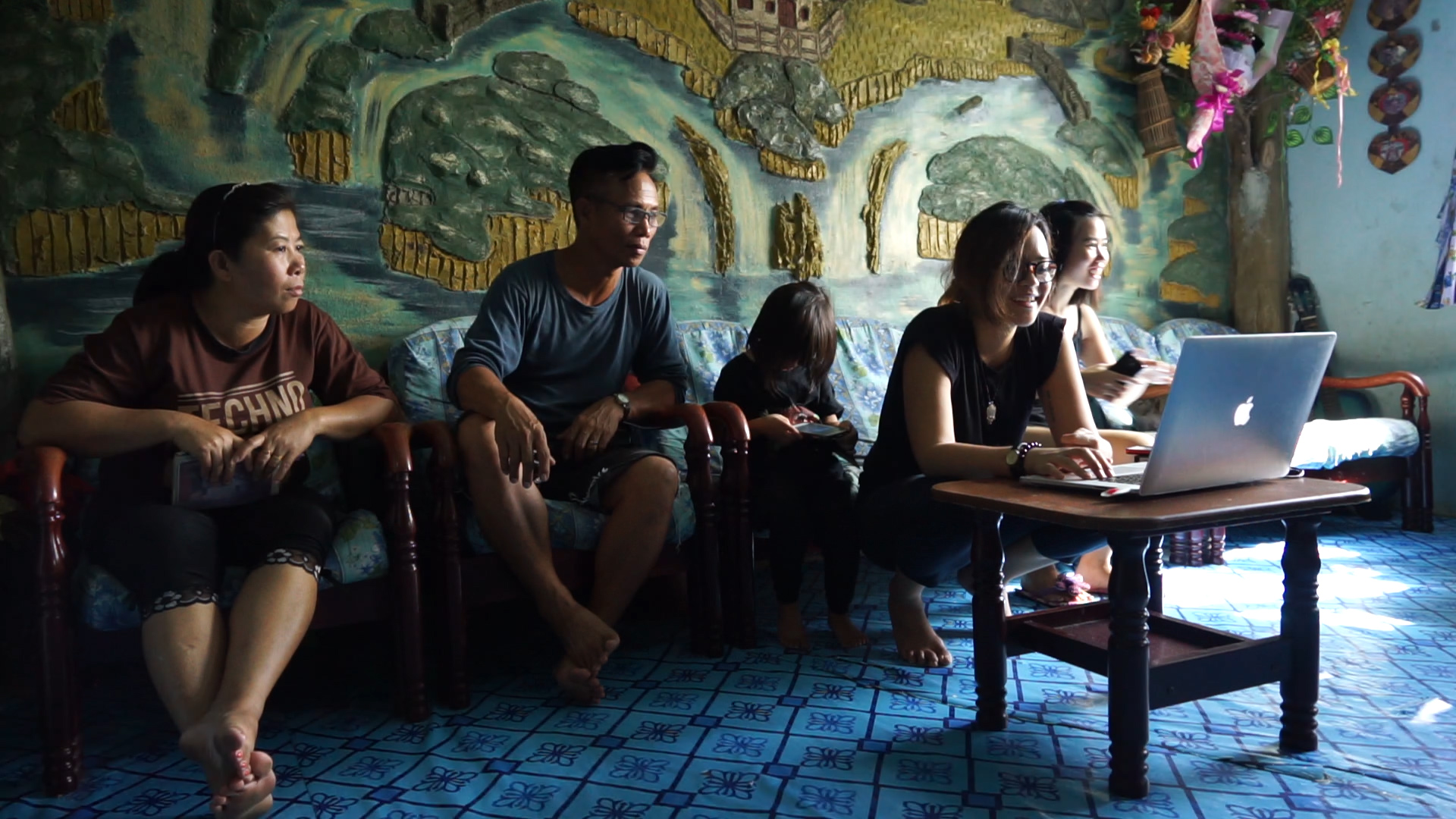 Nadira lived in Kampung Bongkud for a month to help document the locals stories.

In most films, the voice of the filmmaker comes first. But with Big Stories, you’re hearing the locals’ voices.

During our interview, Nadira showed us a series of photos taken by the young girls of Bongkud. She had them printed out on A4-size boards, accompanied by messages from the people captured in the images.

“They look great, don’t they?” she said with a wistful smile. She’s clearly very fond of the girls.

“They took these at this row of old shops in Bongkud which they call ‘megalong’.” Megalong is the name of a famous shopping mall in Kota Kinabalu, Sabah. “The people there have a sense of humour. All Sabahans do.”

The problem with a lot of documentaries about indigenous people, said Nadira, is that they often only portray two extremes – the people are either living magical, carefree lives, or in dire need of help.

Simple things like giving the children cameras and allowing them to capture their lives through their own eyes, however, creates a completely different narrative.

“We’re always talking over indigenous people – and then we say that their culture is dying,” she said.

In most films, the voice of the filmmaker comes first. But with Big Stories, you’re hearing the locals’ voices.” Nadira gave these girls from Bongkud a workshop on photography to empower them to tell their own stories.

What Big Stories is doing, essentially, is empowering rural communities to tell their stories through a very urban artform – film.

“Film is such an urban industry. It’s one of the most expensive artforms, and it’s a real privilege to be able to do it; so it was really nice to be able to use it to focus on kampung stories, regular people, and how they live.”

Nadira is a self-confessed “urban kid”, who struggled to communicate with her grandmother because she was mostly English and Chinese educated. Her desire to connect with her Dusun heritage on a deeper level was one of the resons why she decided to do Big Stories.

“I think lot of young people now are afraid of not knowing their culture. But it’s okay to not know, as long as you are interested, and willing to jump in and try to find out more,” she said.

“In Sabah, I have a group of friends who are artists and activists, and a lot of us kinda realised that we grew up not knowing about our own culture and heritage, and that the Malaysian narrative is very Peninsula-centric.

“So we have a lot of amateur historians, like myself, and we’re always having big discussions about our costumes, language and things like that, and we’re all slowly trying to learn more.”

Those friends she’s referring to include the people behind Pangrok Sulap, an art collective that specialises in woodcut prints. Their work has been exhibited in Japan and Milan, and they also contributed a piece for the screening in Bongkud. A screengrab from one of the Big Stories Bongkud-Namaus films. It tells the story of a group of men who still practice traditional hunting and gathering as a hobby.

But for filmmakers to truly explore our Malaysian identity, Nadira believes we need to have a stronger documentary culture.

After she finished her film studies in Australia, she started working on fiction films with a production house, and only stumbled into documentary-making “by accident”, when she applied for Freedom Film Fest. Her documentary The Silent Riot, about the 1986 Sabah riots, was one of the winning films at the festival in 2012.

“In other countries like Cambodia and Indonesia, when you’re starting out as a filmmaker, you have to do both fiction films and documentaries. Here in Malaysia, they’re very separate, for whatever reason. Personally, doing documentaries has really enriched me as a filmmaker,” she said.

“Anyone can pick up a camera now and edit videos. But if you don’t know how to observe the world and ask people the right questions, then a lot of the story is lost.”

Big Stories Bongkud-Namaus will be screened at Content Malaysia Pitching Centre at Platinum Central, KL on May 19. For more info, contact Nadira at nad.ilana@gmail.com.