MALAYSIAN-made mobile horror game Sara Is Missing (SIM) has been a surprise hit both locally and internationally, but it almost didn’t happen.

Its format – which mimics a phone’s operating system – wasn’t a huge hit with its lead developer, Shahazmi Roslan.

The idea of the game is that you’ve found the phone of a girl, “Sara”, who has gone missing. You have to use the information on the phone, and its slightly creepy IRIS artificial intelligence programme (that’s Siri spelled backwards, by the way), to find her.

“When Jeremy (Ooi, the game designer) came up with the proposal, I was skeptical. A phone within a phone? It sounded redundant,” he said with a wry laugh.

Luckily for SIM, and the tens of thousands of people who’ve played the game, Shahazmi took the job and even grew to love it, despite the many iterations it had to go through before being deemed good enough for release. 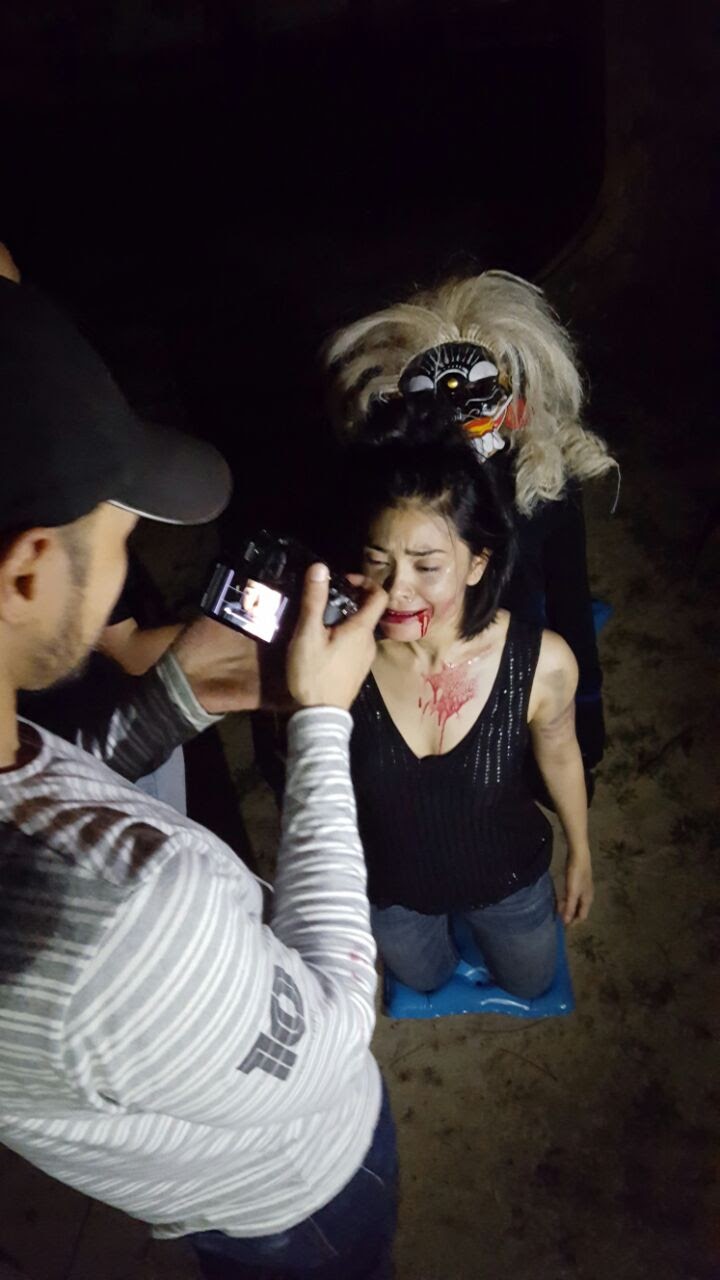 The game developers worked with a video production and writing team to produce some seriously cool videos that upped the creepy factor. Fun fact: the ‘blood’ in this scene was made using Hershey’s chocolate sauce. – Handouts

“I would spend a week working on the app, and they would tell me it was redundant,” he said with an eye roll. “It was very hard to achieve the ideal we had set for ourselves.

“We spared no detail. Even the battery life goes down after a while. It’s the little things that add to the whole experience.”

That painstaking process has paid off handsomely. The team won two prizes at International Mobile Gaming Awards, in the Best Upcoming Game and Jury’s Honorable Mention categories, just two weeks after its launch.

On Google Play, the game has been downloaded over 22,000 times, and several popular gaming YouTubers have already uploaded walkthrough videos of SIM. But game design isn’t the only reason SIM works so well. The beauty of the game lies also in its detailed storyline, which has multiple endings. That’s where the writing team came in.

“The game’s interface works with our script to give players an uneasy feeling,” said writer and director Buddy Anwardi. “It really feels like someone else’s phone, from the apps in it, the text messages, and even the notepad app with Sara’s poems. We wanted to break the fourth wall, and we succeeded.”

In a world of mobile games like Angry Birds and Candy Crush, SIM’s multiple-choice, multiple-ending plot makes it stand out from the crowd – and that’s exactly what the team was aiming for.

“The gaming industry is one where people can make millions of dollars, but you have to do something really unique,” said SIM project manager Shahrizar Roslan.

“After talking to game designers, we realised that the mobile gaming platform has only been utilised for casual games, not as a storytelling media.” But the big break for the team came when they caught the eye of the gaming YouTubers.

“When channels like Markiplier and Jacksepticeye (which have 16 million and 14 million subscribers respectively) uploaded their video walkthroughs, that was really a personal goal reached for me,” said Shahrizar.

The videos on Markiplier and Jacksepticeye alone racked up over seven million views, and spawned a flurry of other walkthroughs and game downloads.

But it wasn’t mere happy coincidence that SIM caught the eye of these YouTube giants.

“Of course we targeted the YouTubers,” Shahrizar said with a laugh. “In this region, it’s not common for gaming companies to use YouTube as a marketing platform, but that’s where you get a lot of stickiness!”

And that’s why SIM, originally ideated as a mobile game, was also released for PCs.

“You need a PC version to get YouTubers to play your game,” he said. “Organic growth is hard to achieve without them.”

Marketing strategy isn’t the only thing which the SIM team did differently from other game developers in Southeast Asia.

“We’re probably the only team in this region to have developed a mobile game through a collaboration between game development and writing teams,” said content producer and writer Saqina Latif.

RELATED: FINANCE WITH AN ONLINE TWIST

To make a game like SIM work, the writing team had to put a lot of effort into the storyline. It couldn’t be too avant-garde, but it had to be far-out enough to catch the players’ attention.

“The concept was so experimental, but the story had to be familiar so people could go through the game easily,” said Shahrizar. “In the end we settled on the age-old girl-next-door-gets-into-trouble trope.” Players are supposed to ‘find’ Sara using clues left behind on her phone.

But that was only the beginning of the writing team’s challenges.

“Scripting a multi-ending game was very, very difficult,” Buddy said with a laugh.

“In film production, we write scripts from top to bottom. There needs to be a flow so we can judge the pace and timing of a story.”

For SIM, however, the team had to write in “blocks” to create branching dialogues for the multiple endings.

“We really struggled with the pacing because the story felt so segmented,” admitted Buddy.

Making things even more complicated, each team worked in their own silos, only meeting for discussions.

The rest of the work zipped back and forth on file sharing platforms and Excel sheets. 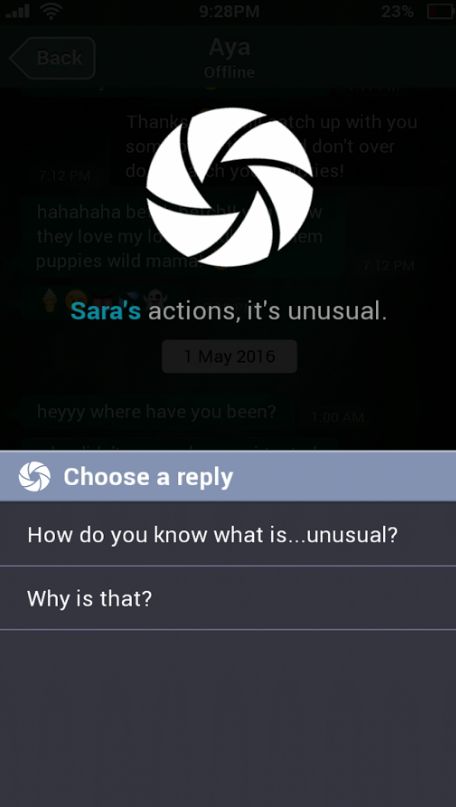 Every line of text was scripted by the writing team, which wasn’t easy given the multiple endings.

There is a giant whiteboard in their headquarters completely filled with arrows, scribbles and giant boxes – the framework of SIM – that ensured everyone stayed on track.

Now, everyone is sipping the heady brew of success, but they’re adamant that they’re not about to rest on their laurels.

We were dying to know what’s in the pipeline, but the team played coy.

“We’ll keep pushing the limits,” was all Shahrizar would say, after a brief team discussion about whether or not to spill the beans.

We did manage to get some words of advice out of them for other Malaysian game developers, though.

“Take calculated risks,” said Shahrizar. “This game was a risk, and it cost a lot in terms of money and time. But if we didn’t take it, we wouldn’t be here doing this interview today.”