LIKE thousands of other Malaysians, singer Takahara Suiko took to Twitter when the Predator In My Phone series launched, sharing the videos and giving her own commentary on the issue of child sexual predators.

Unlike most other Malaysians, however, Takahara, the creative force behind acclaimed indie band The Venopian Solitude, soon started receiving private messages from people recounting their own stories of sexual abuse and asking her to share them.

The stories were pouring in – she once received 150 in a day – and they ranged from girls being molested by their cousins to forced oral sex in boarding schools.

To archive them all, she started a Tumblr account, Sejarah Hitam Kami. While it has helped raise awareness and give some survivors a measure of comfort, ultimately, Takahara knows things won’t get better unless children are given better education.

“So many of these survivors only recently realised that what happened to them was wrong. But they’re already in their 20s, and they feel it’s too late to report it,” she said.

“We need to realise that it’s possible to teach people to be careful. It’s best to educate everyone as young as possible about abuse, because we aren’t taught explicitly about it in school.” Takahara started receiving a flood of messages from child sexual abuse survivors after posting a link to the Predator In My Phone documentary series.

Takahara herself only recently realised how big of an issue child sexual exploitation is.

“I used to think it was something that comes out in the papers once in awhile,” she said. “But with so many people opening up about their dark pasts, it’s only human for me to be impacted.

“There’s just too many of them, and they couldn’t do anything about it because they were young.”

Another heart-wrenching discovery Takahara made while “curating” Sejarah Hitam Kami was just how many survivors have been forced not to report the sexual abuse they endured.

She found that a large number were abused by their own relatives, which made it harder for them to report the crime.

According to statistics released by the Royal Malaysian Police, there were 1,107 reported cases of statutory rape in 2015, but the Women’s Aid Organisation estimates that 90% of rape survivors remain silent.

“They would think, ‘I don’t want to start a fight within my family’, or that it’s best to keep quiet to preserve the family’s good name,” said Takahara.

“But I hope, now that they’ve started opening up, in a few years they will be able to share what happened to them with their family.”

To make matters worse, many victims don’t have any idea where to go even if they wanted to make a report, said Takahara. 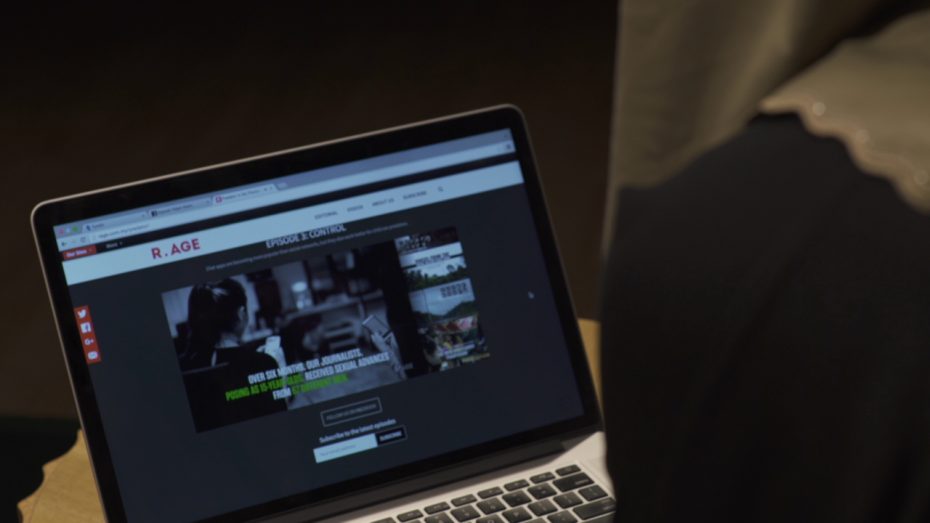 Sejarah Hitam Kami is a Tumblr account which Takahara created so all the survivors who had contacted her would have a safe space to tell their stories.

There was also the “shame” of telling their story to a stranger face-to-face – a daunting prospect for young children who could already be suffering from trauma.

“To share their stories online, they can do it in their rooms. Even if you set up police booths accepting reports, the shame of having to recount their stories to a stranger might stop them from making a report,” she said.

“That’s why people talk about it online. People are themselves on the Internet because they know nobody will judge them.”

To ensure these stories don’t just stay as online reading material, she has been giving survivors the contact information of organisations that can help, and is also planning to compile the stories she has received into a book. The proceeds from the book’s sales would be channeled into NGOs that help survivors of sexual abuse.

This, she hopes, will be able to help many more survivors out there, especially since some of these NGOs don’t have enough funding.

“I’ve been really impacted by the stories I’ve heard,” she said. “I still have 100 DMs (personal messages on Twitter) in my inbox. That’s 100 more people who need encouragement and support. Some of the stories are really messed up.

“For now, the best I can do is encourage them to open up, to talk to someone they’re close to, and hopefully get them to report their cases.”

If you’re a survivor of sexual abuse, you too can share your story by contacting us at rage.com.my/predator. We can also put you in touch with some organisations who provide fantastic support to survivors.