“These are such heinous crimes! I’m all for chemical castration because (pedophiles) have affected so many children. To me, it’s a form of deterrence.

“We must be very stern and tell the world that we mean it,” said Rohani, during an emotional exclusive interview in support of R.AGE’s #MPsAgainstPredators campaign.

Conducting the interview was Lisa, who has been on a crusade alongside the R.AGE team to end child sexual grooming in Malaysia by lobbying Parliament to create new laws against it.

The #MPsAgainstPredators campaign aims to get the public to send social media messages to their Members of Parliament (MPs) about child sexual grooming.

The campaign website allows people to find out who their MPs are, and send them a pre-programmed message in just two simple steps.

So far, Lisa has visited victims of child sexual grooming, recorded PSAs, personally called MPs, and rallied support from her significant following on social media, all in support of the campaign.

Survivor Stories: I was pregnant with my rapist’s baby at 14Lisa Surihani meets a 14-year-old who was sexually groomed and raped by two men from the age of 12. After becoming pregnant, she and her family decided to give the baby up for adoption.

Join the movement to call for laws against sexual grooming by contacting your Member of Parliament at www.predator.my #MPsAgainstPredators

Speaking to the Minister was just the latest step in her quest, and she had some probing questions about what the Ministry plans to do to tackle the problem.

Chemical castration appears to be at the forefront of those plans, with Rohani’s Deputy Minister Datuk Azizah Mohd Dun having confirmed in Parliament that the Ministry is considering it as a punishment for child sexual crimes.

“If Malaysia does this, we won’t be alone. Joko (Widodo, the Indonesian president) has recently implemented it in Indonesia. Other countries like Poland, the Czech Republic and South Korea also use chemical castration,” said Rohani.

She said the Ministry will study its viability, and that there is no timeline on its implementation yet. 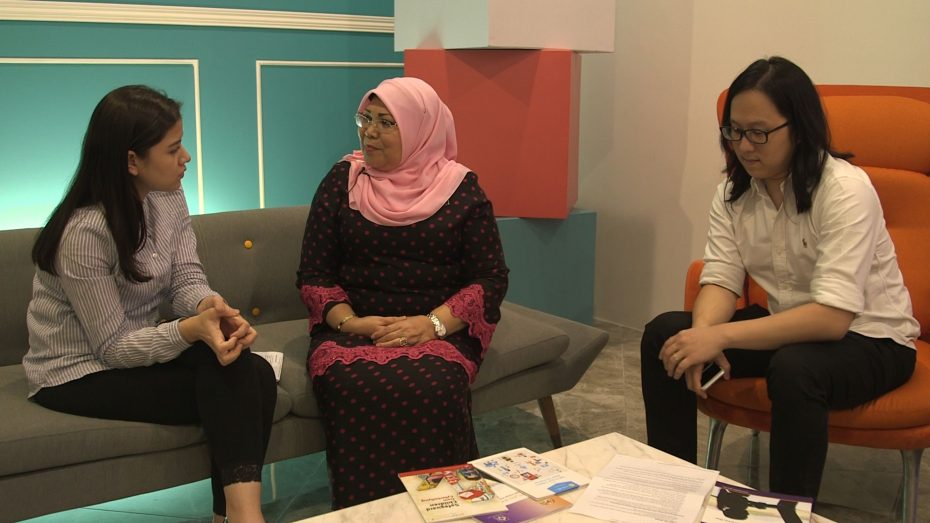 In an exclusive interview recorded by R.AGE, Rohani said her Ministry wholeheartedly supports chemical castration for pedophiles in a bid to tackle child sexual crimes.

Chemical castration is a procedure where drugs are used to reduce libido and sex drive among sex offenders. The procedure has been criticised by some groups, including the Indonesian Doctors Association, which has said its members will not perform the procedure.

But Rohani said she recently attended a ministerial meeting with her counterparts from other Asean countries, and many of them “felt very strongly” about the penalty.

“(Child sexual exploitation) happens everywhere. It’s a global issue,” said Rohani. “But I don’t want Malaysia to become a haven for it.”

Rohani frequently referenced the Richard Huckle case during the interview, and often appeared pained as she spoke about it. British citizen Huckle was convicted in June on 71 counts of sexual assault against children in Malaysia.

“This is a man who abused a baby that was six months old. Can you imagine? When I look at a baby, I see something that’s beautiful and huggable, but these men see them as sexual objects,” she said.

RELATED: Why we need anti-grooming laws

The Ministry has now formed two committees – a steering committee to coordinate all the relevant government Ministries, and a technical committee to come up with concrete solutions for child protection.

“These committees cut across the board, including other agencies like the Department of Social Welfare and the Malaysian Communications and Multimedia Commission,” she said, adding that Malaysia is now also part of the WeProtect global alliance of over 70 countries working together to end child sexual exploitation.

Lisa, however, pressed Rohani on the recent amendments to the Child Act, which improved the Act in many ways, but nevertheless left the Ministry facing questions for not addressing issues like child marriage.

At the time, Azizah explained that the amendments did not include child marriage as the issue is governed under family law, but Rohani has since said the Ministry would intervene to prevent child marriages being used as a means to escape statutory rape charges.

And yes, that actually happens in this country, because an underage child can get married if his/her parents agree to it, and they have permission from either the Shariah courts or their state’s Chief Minister or Mentri Besar.

“Child marriage is next on the plate,” she assured. “There are many things on our plate, including domestic violence, which affects children greatly as well.

“But don’t worry, we feel strongly about this, and we will do a lot more about it.”

“We may have recently amended the Child Act, which is more about child protection, but I am all for any new act which will take more punitive measures against child sexual predators,” she said.

R.AGE was invited to present the findings and recommendations from our undercover investigations into child sexual predators in Malaysia.

The investigations led to us producing the Predator In My Phone documentary series, and subsequently, the #MPsAgainstPredators campaign.

LIKE the Predator In My Phone page to support our campaign for new laws against child sexual crimes.

“We should get all 222 MPs on board! I’ll support you all the way,” said Rohani.

“This is beyond politics. It’s a chance for us to show that we are together, we have kesepaduan to protect our children. It’s not about one party or another.”

Despite her busy schedule, Rohani spoke to Lisa for over an hour, and the conversation certainly left an impression on her.

“It was very moving, because she was speaking very strongly for her Ministry and you could see how passionate she is about fighting sexual crimes against children,” said Lisa after the interview.

“And she’s very positive about how we can all work hand-in-hand to make sure the Child Sexual Crimes Bill is passed.”

Show your support for laws against sexual grooming by adding a #MPsAgainstPredators Twibbon onto your Facebook and Twitter profile photos! Click on this link to get started. Things got a little emotional for Lisa Surihani during a recent shoot with R.AGE for a PSA in support of the Predator In My Phone project. Why we need laws against sexual grooming

Experts tell us why laws against grooming are so important, and which countries already have it.

Latest on MPs Against Predators