LEARNING from the top names in the Asian film industry might sound like a dream for most young filmmakers, but Sharifah Aleysha Al-Yahya and Mario Khoo will tell you such dreams can come true.

Both of them attended the first Next New Wave (NNW) filmmaking workshop last year along with 19 other young aspiring filmmakers, learning the six disciplines of film – producing, directing, production design, cinematography, editing and sound – from some of the region’s most acclaimed talents.

And this year, another 14 participants will do the same. NNW is back, and this year, young film buffs will get to learn from the likes of Filipino director John Torres.

The brainchild of director Tan Chui Mui, founder of Da Huang Pictures, and sponsored by the Malaysian Film Development Corporation (Finas), the workshop aims not only to teach the finer points of film production, but also give participants the chance to meet other like-minded individuals and facilitate future collaborations.

“I’m studying media in Singapore, so I’ve been making films and taking part in workshops, but before the NNW workshop, I had never met anybody with a passion for film in Malaysia,” said Khoo, 21.

“It was a great opportunity for me to get to meet other filmmakers and learn about the industry here.”

Support for the local film industry seems to be increasing over the past few years, including from the government, and Tan hopes NNW will help contribute to this new wave of film development.

“Finas has undergone drastic changes. There’s greater transparency in the way it distributes funding and how it supports filmmakers, and it makes me believe we can actually help move the industry forward now,” said Tan.

As part of Tan’s aim to improve the industry, NNW also gives participants the opportunity to build connections around the world.

During the workshop, two participants will be selected to attend the Film Leaders Incubator (FLY) filmmaking workshop, an Asia-wide initiative that hopes to produce the next generation of Asian filmmakers.

Khoo and Aleysha were selected for last year’s FLY workshop, and both agreed that it was a great learning experience.

“I was the first Malaysian female to go to FLY,” Aleysha said. “And I owe it to NNW. I met all these kids, heard their stories, and learned about the politics that have pushed them to tell these stories.

“So if anybody is thinking of applying, I would say ‘Just do it!’ You never know where it can take you.”

The 2016 Next New Wave workshop will be held from Aug 19 to 26. Find out how you can apply for the Next New Wave filmmaking workshop at facebook.com/nextnewwave. Deadline for applications is Aug 7. 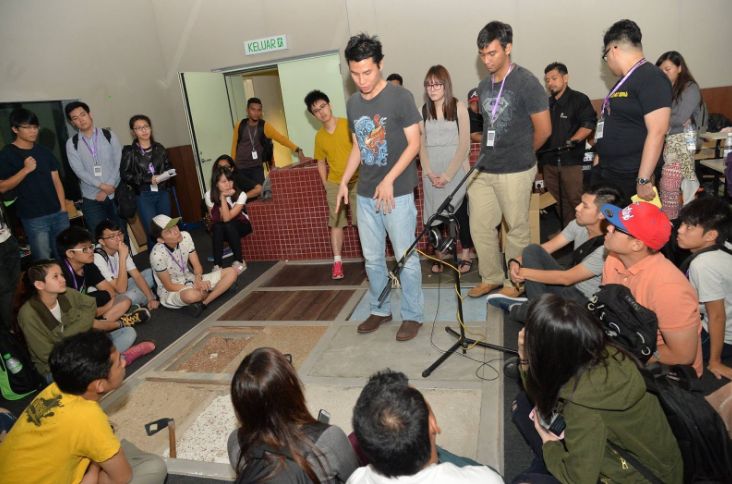 The six disciplines of filmmaking

We all see these terms in film credits, but do we know what they really mean? Here’s a quick lesson.

Directors control a film’s artistic and dramatic direction, and guide the cast and crew towards fulfilling that direction. They also play a big part in choosing the actors, and have a key role in production design.

Producers coordinate things on the big picture (pun intended) level – they get funding, engage a suitable director and/or scriptwriter, negotiate distribution rights, etc. Their level of involvement on the creative side of things varies from project to project.

Where film editors work on the visuals, sound editors are responsible for choosing and assembling the dialogue, sound effects and music in order to give the film more impact.

Production designers are in charge of every visual aspect in the film, including set design, costumes, props and locations.

In post-production, editors receive raw footage from the director and work to select, cut and combine the scenes into a coherent storyline. Often seen as an under-appreciated art form, because the best editors should keep audiences so engaged, they don’t notice the editors’ work at all.

Cinematographers are in charge of the camera crew. They make artistic and technical calls, deciding which cameras, lenses and filters are used during shoots so the finished product is in line with the director’s vision.