Story by Samantha Chow
Video by the R.AGE team

WHEN Rachel (not her real name) was just 14 years old, she received a chat app message from a stranger, whose display picture looked like a decent man.

“I didn’t suspect anything, so I replied,” Rachel, now 17, shared from her home in Kuala Lumpur, where she recounted one of her early experiences using a chat app.

After chatting for a few weeks, he started demanding that she send him photos and asked her to meet in person. “I got scared, so I decided to come clean with my mum,” she said.

Her mother was upset at first, but she was also relieved her daughter confessed before anything untoward happened.

In all likelihood, Rachel had narrowly avoided becoming a victim of child sexual exploitation, or worse, rape.

Over the last two years, mobile chat apps like WeChat, BeeTalk and Kik have inadvertently created a vast virtual playground for sex predators to find and exploit their prey – mostly young teenagers like Rachel.

Most of these apps come equipped with features that appeal to teenagers, like games and cute “stickers”. But one of the most popular features, one that is in almost every chat app, is the “people nearby” feature, which allows users to start chatting with other users who are located nearby.

Incredibly, this feature has facilitated a three-fold increase in Internet-related local rape cases between 2014 and 2015 (60 and 184 cases respectively), according to statistics from Bukit Aman.

A large majority of these reported cases (police believe the number of unreported cases is far higher) involved an acquaintance on WeChat (75%), followed by Facebook Messenger (19%), WhatsApp and BeeTalk (3% each).

A shocking 84% of the cases involved victims under the age of 18.

While filming the Predator In My Phone undercover documentary series, our journalists tried out these apps – and a few other more obscure ones – to see how chat app sex predators operate, and whether the companies behind these apps have actually responded to this new threat.

RELATED: Our journalist describes her “date” with a child sex predator.

Mobile chat apps are now a multi-billion dollar global industry, with new companies jumping on the bandwagon all the time. And yet, many of them seem to rely on their users – mostly teenagers – to self-regulate.

In over four months of posing as 15-year-olds on chat apps, R.AGE received over 70 unsolicited sexual advances, and we attempted to report some of them to WeChat. We used the app’s built-in reporting mechanism, and we also messaged WeChat’s Malaysian and global Facebook pages.

All we received was an automated reply from the global Facebook page saying they would look into the matter. At no point were we asked for details on the person we were reporting.

We reached out to Facebook and WeChat for comment, and both sent us email statements reminding users of their official “terms of use”. Both also strongly encouraged users to report any illegal or offensive behaviour on their platforms.

But according to the police and children’s NGOs, many victims of sexual abuse in Malaysia – online or otherwise – do not report the crimes. And even if they do, the conviction rate for sexual crimes involving children in Malaysia was below five percent as recently as 2013.

Clearly, location-based “people nearby” features create significant risk for young teenagers. So why do all the major chat apps insist on having them?

“As a platform provider, you want to have as many features as possible,” said Malaysian Digital Association president Serm Teck Choon.

“After a period of time analysing the data of these features, you’ll keep the popular ones and kill the ones that aren’t popular.”

“Monetisation depends on how they leverage on the community (i.e. the user base) and create innovative features. If there is no business value in maintaining a feature, they won’t keep it.”

If that’s the case, “people nearby” must have incredible business value to these app developers, because so many successful chat apps have it, and they continue to offer it even though it presents a clear risk to younger users. Dr Prema said sex predators will use the same tools that their potential victims are using to gain access to them.

Chat apps in general have become very successful as well. According to a Business Insider report, the top four chat apps already have a higher combined user base than the top four social networks (Facebook, Twitter, etc.).

“Fifteen years ago, we had things like MSN Messenger and ICQ. I grew up in that generation, where everyone was messaging each other directly.”

“What’s attracting kids back to chat networks is the ability to talk to friends one-on-one. With social networks like Facebook or Twitter, I’m posting status updates, and anyone can see it.”

“Young people now are more about socialising, making plans, going out, being together. That’s why you see the trend of chat apps coming back.”

Melissa (not her real name), 17, echoed Lian’s thoughts. She doesn’t use her Facebook account to interact with friends as much, mostly because her parents and relatives use it as well.

She uses Snapchat with her friends (where she and most of her friends have received unsolicited nude photos), as well as several other chat apps.

No surprise, then, that Facebook Inc. bought over WhatsApp for a whopping US$19bil (RM75.8bil) in 2014. It had 450 million monthly active users (MAUs) at the time. Today it has over one billion MAUs.

The five most popular messaging apps among 16 to 35-year-olds in Malaysia are WhatsApp, Facebook Messenger, WeChat, Line and Skype, according to a recent study by Telenor Research.

No surprise, then, that chat app developers are going all out to give younger users all the features they want.

“That’s why they have quizzes, games and stickers,” said Lian. “And ‘people nearby’ allows young people to find friends outside their circles, like a stranger who will listen to them.”

According to Women’s Centre for Change programme consultant Dr Prema Devaraj, teenagers are also drawn to “people nearby” because of the thrill of meeting someone new.

“Young people communicate very differently. With cyberspace, people will feel they’re quite brave because it isn’t a ‘real world’. They feel they can say whatever they want,” said Dr Prema.

But it’s also precisely because of “people nearby” that sex predators prefer to use WeChat over WhatsApp. During one of R.AGE’s hidden camera sting operations for Predator In My Phone, one of the men said he has found children as young as 13 to have sex with through WeChat or BeeTalk.

Most of these men are “groomers”, sex predators who gain the trust of young boys and girls so they can sexually exploit them later on. While several countries are already enacting laws to criminalise child grooming, the practice is still technically legal in Malaysia.

Dr Prema stressed, however, that chat apps are merely a tool. Sex predators will always look for ways to exploit children – chat apps just happen to be a particularly convenient way.

“If young people are using tools like chat apps, then those will be the tools the sex predator will use as well, as it gives them direct access to potential victims,” said Dr Prema. “All they want is something that will bring them closer to their targets.”

“Chat app companies aren’t legally bound to help law enforcement, as most of them are based outside Malaysia,” said Foong Cheng Leong, a co-chair of the Bar Council’s cyber law and information technology committee.

“Even when our law enforcement agencies request for information, they are subjected to the platform’s own privacy laws on whether they can release the information.”

Foong said that for moral reasons, they should assist as much as possible. “For platforms like Facebook, the most they can do is share the IP address, but you’ll have to go to Telekom to get the details of the user.” 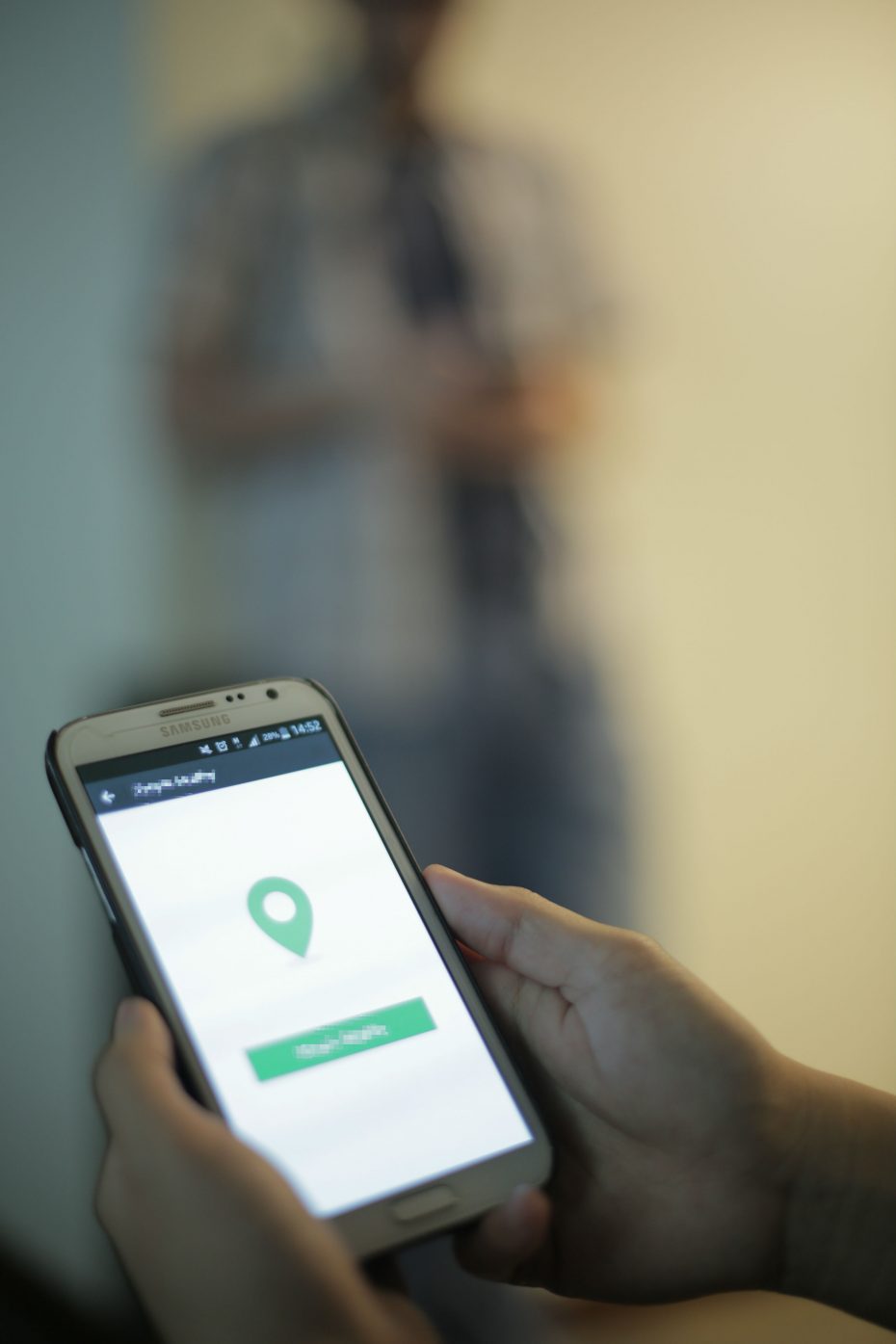 Experts agree that law enforcement face a new level of challenges when it comes to chat apps-facilitated crimes.

There are no specific laws regulating chat apps, but there are laws that may affect its users, said Zulkarnain Mohd Yasin, chief of the network security and enforcement sector of the Malaysian Communications and Multimedia Commission (MCMC).

Sections 211 and 233 of the Communications & Multimedia Act 1998 can be applied to online sexual harassment cases, and they carry a fine not exceeding RM50,000 or imprisonment for a term not exceeding one year.

“The current laws we have may be able to cover some aspects (of child sexual exploitation), but of course there are certain gaps that need to be addressed, like the laws on grooming,” said Zulkarnain.

“Where end-to-end encryption has been deployed, chat apps can claim that they cannot be of any help to law enforcement because they themselves do not have access to the content,” said Deepak.

“They’ll give authorities whatever information they have, but whether it leads to the person or not is another matter.”

Malaysia isn’t the only country struggling with these issues.

Chat apps are being used for child sexual exploitation around the world, which is why countries like Britain, Canada and Australia already have specific legislation against online grooming.

RELATED: Support the campaign for new laws against sexual grooming in Malaysia.

But even if Malaysia does follow suit, that will not deter sex groomers operating in countries without similar laws.

“If the perpetrator is abroad, he is beyond the jurisdiction of Malaysia. He would have to be charged in the country where he is residing, if at all,” said family lawyer Honey Tan.

The best solution, according to most experts, is for parents to keep themselves constantly up-to-date on mobile technology, and to have open conversations with their children about sex and digital safety.

“In the next five or 10 years, these particular chat apps may not be relevant anymore. There will always be new technology,” said Zulkarnain.

My undercover “date” with a sex predator, Vol. 2

My undercover “date” with a sex predator, Vol. 1