MANY of us grew up watching MTV, and probably even attended one of its World Stage concerts. But is life at MTV really that unbelievably cool as what you see on TV?

Three talented young people were chosen to find out for themselves as part of the MTV Breaks Ignited By Xpax competition, giving them the opportunity to be mentored by some of the professionals behind MTV World Stage Malaysia 2015, and to work alongside them.

MTV Breaks was launched at last year’s MTV European Music Awards (EMA), and it aims to give an aspiring photographer, a motion graphic designer and a content creator their big break by working with MTV and having their work featured on channel internationally.

R.AGE spoke to the the three winners of the inaugural Asian edition, as well as some of their mentors, about the incredible experience Fresh grad Aizat Ady, 23, studied creative photomedia in university and has been doing live music photography since 2010. Even then, he could hardly believe it when he was picked.

“I got a call telling me I won and I asked if they were serious three times!” he said. “I only found out about the contest when a friend shared it with me on Instagram.”

Ady said he considered mentor Kristian Dowling as more of a friend.

“Even though we only worked together for two days, he spoke to me like an old friend. I’m very grateful to have him by my side and to be his mentee,” he said. Based in Melbourne, Dowling has worked as a photographer for 13 years, and he felt he also benefited from the experience.

“There’s something to be learnt from any experience, from any position – mentor or mentee.”

“Every photo can tell a story, but the challenge is to not only do that, but to raise questions and interest,” said Dowling.

Ady’s pictures of singers Jason Derulo and Tracy were among those published after MTV World Stage.

“Kristian taught me what I needed to do to get a good shot during the performances and what was most important regarding the crowd and the artist,” said Ady. “But he also said it’s not what I want, but what the client wants in a picture.” Ady’s shot of singer Jason Derulo performing at MTV World Stage was among those published after the event.

She worked with different production units – from broadcast recording to stage design – to create content to interact with fans on different media platforms, including TV, web and social media.

Farah, 20, said one of the most valuable things she learnt was to always have a story and to ask yourself, “What are you trying to tell the audience?” 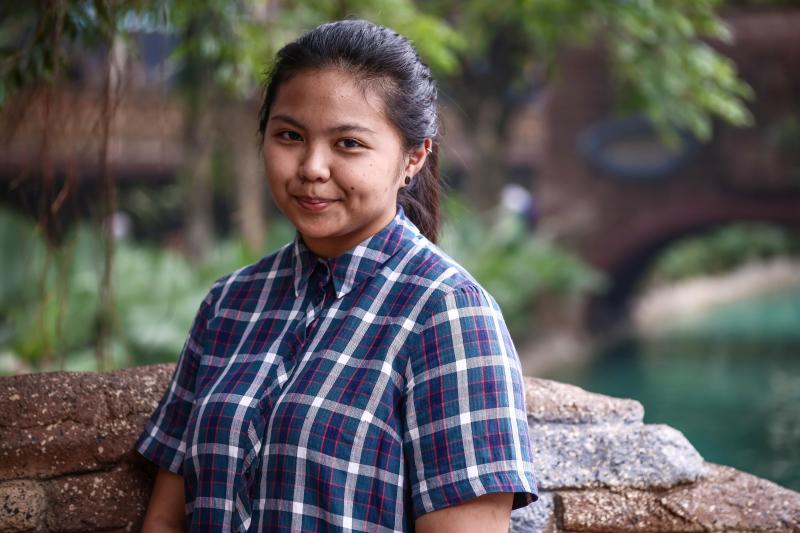 Singaporean Farah was the winner for content creation and hopes to become a producer one day.

In addition to World Stage, Trisulo is also executive producer for The MTV Show and MTV Music Evolution.

It might seem like all fun and games, but Trisulo said a lot of time and effort goes into making World Stage happen.

“MTV World Stage Malaysia is unique in that almost everyone in MTV contributes in some way. It takes at least three to four months of working with teams from around the world,” said Trisulo.

The experience working on all the different content platforms was particularly helpful for freelance producer Farah, who believes the future of content creation lies in the convergence of TV and online media.

“When producing content, we’ll have to consider the different platforms from TV, online and social media, and make sure that it all flows through,” she said. “I don’t think you can ever take away the TV.”

Tan Han Hui, 20, entered MTV Breaks to get a head start into the motion graphics industry.

A Malaysian studying in Singapore, Tan said she had the honour of mapping some of the LED screens during World Stage 2015, including the screen for Jason Derulo’s performance of Cheyenne.

MTV Asia’s Head of Creative Andrew Lo was very receptive as a mentor, allowing Tan to participate in group discussions, and providing her constructive feedback.

“Andrew taught me to always be hungry for more and always strive to be better. Be bold and be daring – nothing is ever wrong,” said Tan. Once an intern himself at MTV Taiwan, Lo said Tan worked as if she was part of the team.

“Experiencing rejection on the job, having to clock in early after late nights, dealing with a demanding creative director – me – (she did) all the nonsense you can think of,” said Lo.

To all the aspiring creatives out there, Lo has some wise words about climbing the corporate ladder.