Thrill seekers from around the world go to the park to take on its adrenaline-pumping obstacle courses built around 30m up in the trees of the Langkawi jungle. Syamsuri, 43, however, gets to do it every day.

He and his colleagues go through the courses every day to make sure everything is perfectly safe. 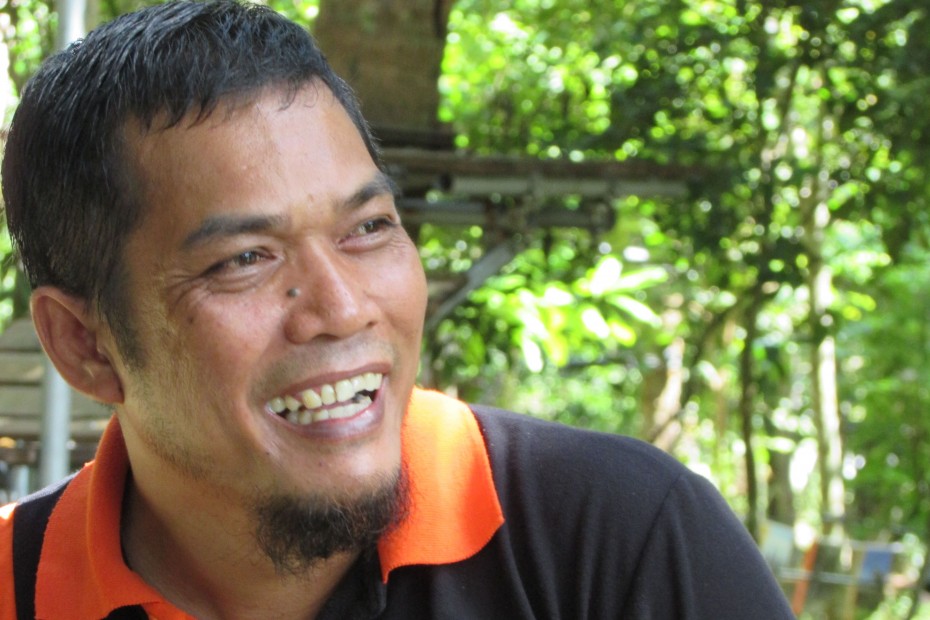 “The safety of our participants is our top priority,” said Syamsuri. “We make sure every component throughout all the courses is working properly and safe to be used.”

It might sound like a chore to some, but Syamsuri said it’s always an interesting experience. Apart from his work with the technical team, Syamsuri also doubles up as a guide, so aside from maintaining the safety standards of the park, he also gets to interact with the participants.

Most of the time, things go smoothly and the participants have a tonne of fun, because the course is built to be perfectly safe. When the BRATs visited the park, we had to go through a very thorough safety briefing and practice everything on a mini course.

But every once in a while, something completely out of their control happens.

“For example, there was a tourist who passed out halfway up a rope ladder,” Syamsuri said. When that happens, the only way to safely evacuate the participant is to physically hoist him/her to safety.

“I had to carry her up the rest of the way. I almost passed out too!” he said with a laugh. 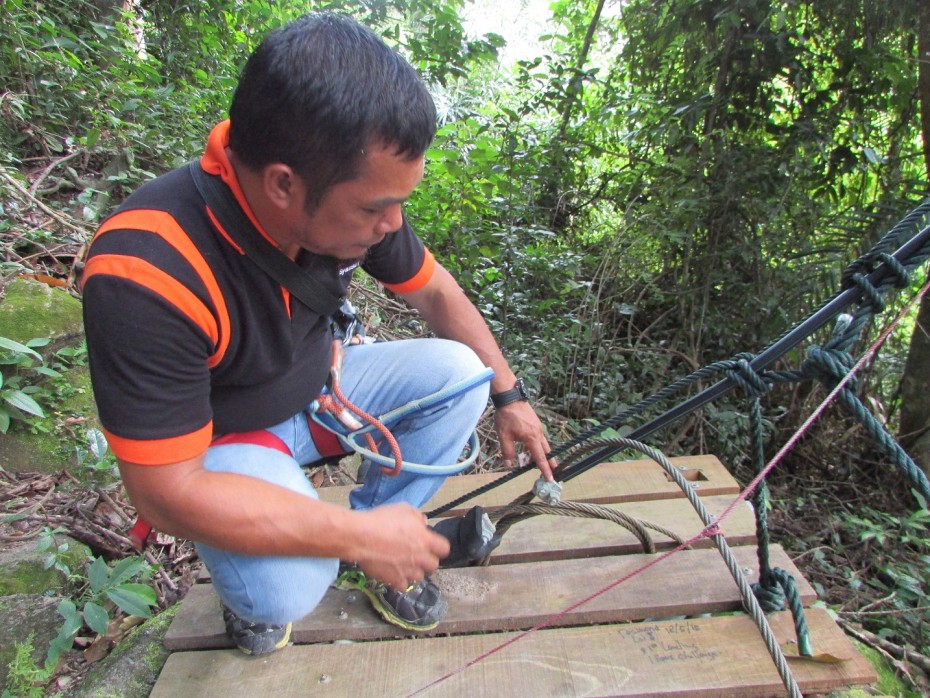 Safety is SkyTrex’s priority, so Syamsuri Ahmad is part of the team that checks the equipment every morning before the park opens.

Even though the job can be quite a burden (literally!), Syamsuri loves every second of it.

The adrenaline junkie left behind a career in security to join SkyTrex.

He’s been there since they started building the park in March last year, and plans to stay in the job for the long haul.

“I love meeting and interacting with people,” he said. “The younger customers are the best! Even though they may be scared to take on the course, their desire to try something new usually overrides that fear,” said the father of five.

Handling fears is also part of his job description.

They occasionally get participants who are too afraid or tired to complete the course, he said. To overcome this, he tries his best to motivate them along the way, failing which he’ll distract them by talking about the natural environment in which SkyTrex is located.

“I talk to them about the jungle and its many plants, and they usually end up finishing the course without even realising it!” he said. 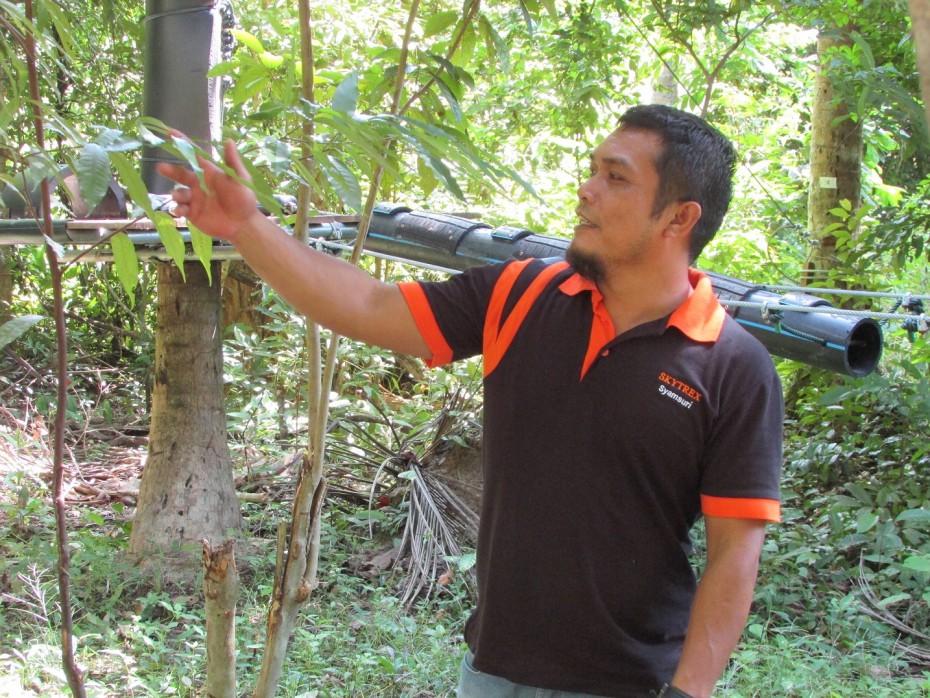 Familiar with the jungle, Syamsuri frequently introduces tourists to its wonders. Here, he points out daun cemumar, an edible leaf that tastes like curry.

This tactic works on local and international tourists alike, but Syamsuri wishes more Malaysian tourists would be open to trying the park out.

“When some local families visit our park, the parents choose not to participate in the courses along with their kids. But the courses are actually designed to cater to an entire family,” he said.

“Anybody can do the courses. If the Middle Eastern tourists in their jubah can zipline safely, so can you!”

To emphasise his point, he shared the story of a 90-year-old woman who came with her family, gamely tried out the course, and made it all the way.

“Though she took more time than usual, we were very proud of her for stepping up to the challenge and completing it!” he said.