IT’S impressive enough that Joshua Tan is running his own art gallery at the age of 21. What’s even more impressive is that he has set his sights on bigger things: showcasing Malaysian art to the rest of the region.

His gallery, Malaysia Artnetwork, located along Jalan Utara in Petaling Jaya, opened in March 2014 and also operates online. It is unique in that it is committed to carrying the works of established Malaysian modern and contemporary artists like Yusof Ghani, Awang Damit, Latiff Mohidin, Khalil Ibrahim, Rafiee Ghani and Ibrahim Hussein. 21 year old Tan is focusing all of his energy into turning his gallery into an Asian marketplace for collectors and artists.

Tan was exposed to art collecting from an early age, through his mother, an avid art collector. He admits he wasn’t really into it up until his teens but after seeing paintings sprawled on the walls of his home and following his mum to exhibitions, he eventually grew into a connoisseur which in turn inspired his unconventional career choice.

Being young and owning a gallery is not as glamorous as it might seem. Tan said many of the established artists he admires initially thought he was too young for the business. He had to work hard to gain the respect of artists and collectors alike.

When he first started out, he even had an encounter with a pair of established artists who had only agreed to meet him because they mistook him for another Joshua. “It was very awkward as there was a lot of ego I had to sidestep in order to just talk to them about their works,” he admitted. 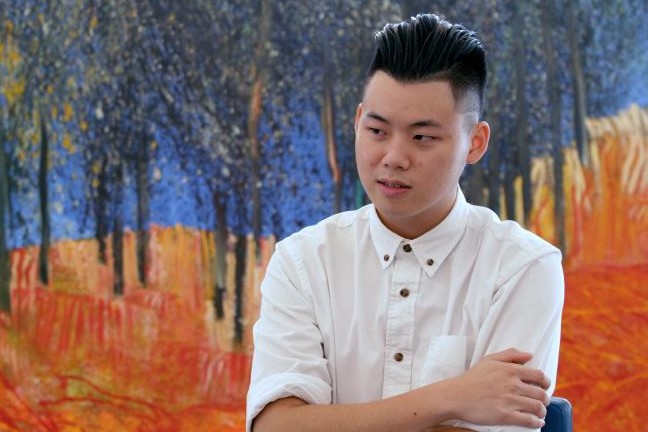 “When compared to decorative art, fine art is much more valuable and people are learning to appreciate the different types of local works.”

There were some renowned Malaysian artists though, like Awang Damit, who were more willing to overlook his age. In fact, Awang was quick to appreciate Tan’s youthful enthusiasm.

“He was the first artist I collected and when I visited him the first time, he was definitely very shocked but was also happy to see young collectors coming in,” said Tan.

When asked what he thought about Tan’s foray into the art world, Awang said it could only be a good thing for the next generation of artists.

“There are no other young gallery owners in town so it makes me happy that he’s not only showcasing my pieces, but that there will now be more opportunities for the next generation and for younger artists to develop good relationships with other art dealers and collectors,” he said. For the love of art. Tan is the youngest art gallery owner in Malaysia with big ambitions.

Now that Tan has got a firmer footing in the Malaysian art scene, he is focusing all his energy on turning his gallery into an Asian marketplace for collectors and artists.

Tan’s aim is to connect various collectors and artists from the Asean region as well as Hong Kong and China to build a network where they can all converge. This is a move he thinks will not only help satisfy the hunger for Malaysian art, but will also help mitigate any risk involved in the art world during turbulent economic times.

“I’ve met a few collectors from Singapore and Hong Kong who have been asking me for Malaysian artwork, so when we have a slump in the (local) economy like now, I can still generate income from a range of other markets,” he said.

While Tan sees the potential for growth with Malaysian art, he admits there is much to be done before the country’s art scene can compete with the rest of the region.

“When it comes to the art market, Malaysia is an infant compared to neighboring countries. You see Thai, Indonesian and Singaporean artists selling their works for a few hundred thousand to millions of ringgit,” said Tan.

In contrast, the highest price paid for a Malaysian piece of art so far is RM797,500, for the late Ibrahim Hussein’s Red, Orange and Core.

Tan’s other goal is to pay homage to the established artists that have developed the local market, to help bring Malaysian artists to the forefront of the Asian art scene and beyond.

“I love carrying them (in the gallery) because they struggled when they couldn’t sell pieces for a few hundred bucks but continued painting and are now selling for great value. They truly painted out of passion,” he said.

Tan believes younger artists starting out would not have the plethora of avenues available to them if it weren’t for the old masters who struggled and paid their dues. “Newer artists have really had the road paved for them because of the old masters. Nowadays, as soon as you graduate, a gallery takes you in.” 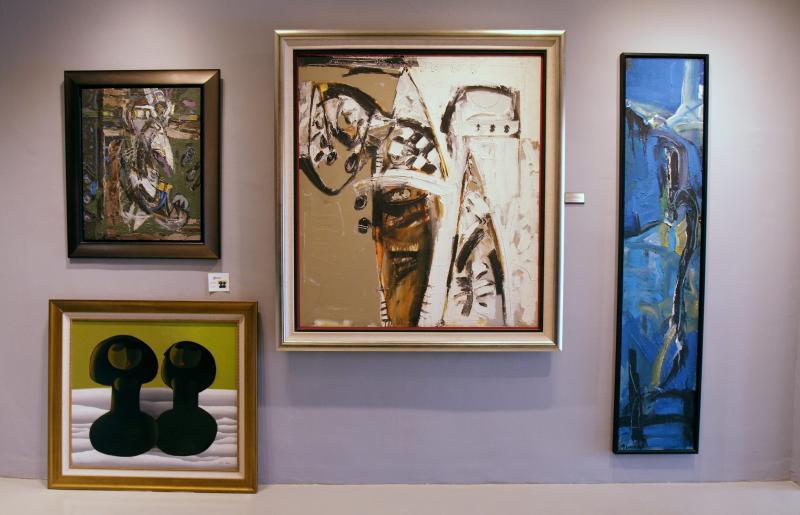 Fine art collection has slowly been on the rise in Malaysia and Tan is determined to bring in more collectors his age and get more people interested in collecting art for investment as well as enjoyment.

“Local artists have seen solid appreciation over the years and I think people are turning their focus towards it because when compared to decorative art, it is much more valuable and people are learning to appreciate the different types of local works,” he said.

Tan may have only just begun his journey, but he has already has gained a deeper understanding of the importance of art in today’s world. “It’s important to collect art because nothing beats owning a part of your culture.”