IN 1992, I was seven, and I broke the TV – the second time that year. My mom was livid. She yelled, “YOU BROKE THE TV AGAIN, YOU STUPID OR WHAT?”, because Malaysian parents like to give options during child abuse.

I really had difficulty answering that question. What is the right answer? Was I supposed to agree that I was stupid, or was I supposed to give her a list of insults for her to choose from?

That’s the problem with us Malaysians nowadays. We don’t know how to ask questions.

“Eh Jason, later for dinner, you want to go to mamak or where?”

“Eh Jason, later when we go to mamak, you want to drive or how?”

“Eh Jason, why you never answer, you stupid or what?” 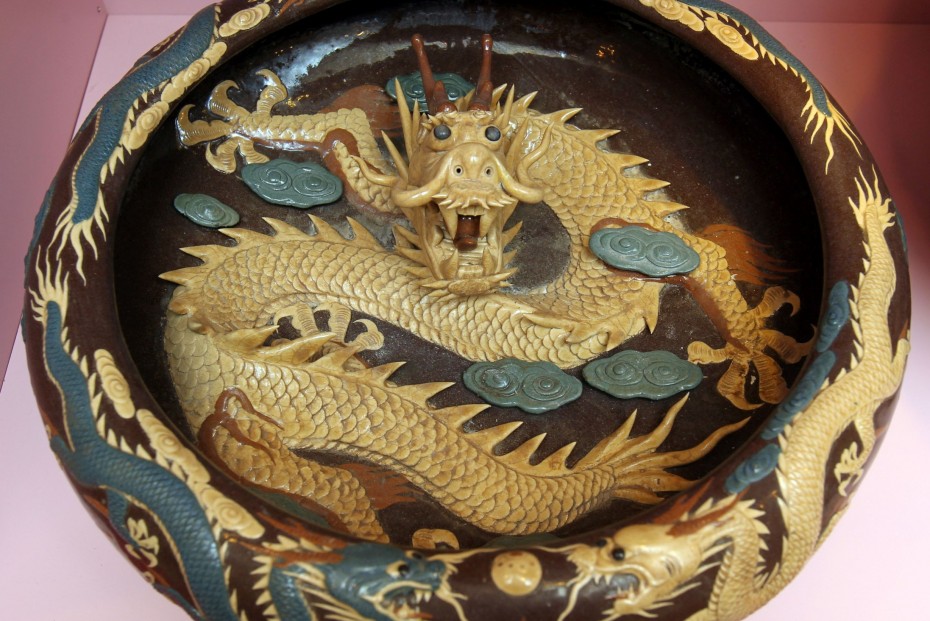 Dragons are typically seen as auspicious and decorate many ornaments or household items. (25/07/2014/S.S.KANESAN/The Star)

But as a doctor, I feel like asking people the same question my mom asked me whenever I hear of people subscribing to healing methods, medicines or any other form of therapy that is not prescribed by doctors. It drives me insane. Some people may laugh at an anti-hysteria kit made up of chopsticks, vinegar and pepper spray, but they may be the same people who believe crystals can cure stuff. SPOILER ALERT: It super doesn’t.

It’s really unfortunate that doctors have to battle pseudoscience on a daily basis. Every paediatrician will tell you of children riddled with leukemia brought in too late by parents to the hospital because they went to their family bomoh first.

Every obstetrician will tell you of patients so impressed with sinsehs who can tell they were pregnant “just by feeling my pulse”, ignoring the huge clue to pregnancy a healthy woman presents when she has a conspicuously large belly.

No other profession has to fight against a “traditional” version of themselves. If your house is burning down, you have to call a professional, actual fireman.

There is no website advertising the services of a traditional fireman where you can ring up an old man with a beard to come to your rescue and say, “Oh, the fire is just cleansing your house.”
If your car has a problem, you have to call a real mechanic. There are no traditional mechanics out there who will realign your car’s chakras and pour ginseng tea into your petrol tank.

Perhaps my favourite thing people shouldn’t believe in is feng shui. Ah feng shui, the ancient Chinese belief that you can improve your health, wealth, love life and career just by rearranging the furniture in your house.

Who knew that a trip to IKEA could change your fate and destiny? Facing bankruptcy and can’t navigate the nebulous and complex modern financial system? Have no fear! Just move the couch to face the north-west quadrant of the sun’s rotationary axis and only use the toilets on Wednesdays and Fridays.

Okay fine, I’m being harsh. Feng shui does help people get rich, those people being the feng shui consultants themselves. Maybe my mom was preparing me for a world filled with misguided beliefs, unfounded practices and rampant and blatant charlatanism when she asked me, “You stupid or what?”

Maybe she was asking me a philosophical question to force me into being inquisitive about human nature, inherently stupid or not.

Maybe she thought that perhaps, the most important question we must ask ourselves from time to time, lest we get big-headed with hubris, is “Hey, am I being stupid here?”

Maybe she took the broken pieces of the TV on the floor as a symbolic destruction of the medium through which pseudoscientific beliefs are propagated and she was asking me if that was smart or stupid.

But maybe she was just mad that with the TV gone, I had just screwed up the feng shui of the living room.

Jason Leong is a stand-up comedian and fully-qualified medical doctor. Catch up with him at facebook.com/jasonleongcomedy and on Twitter at @TheJasonLSK.